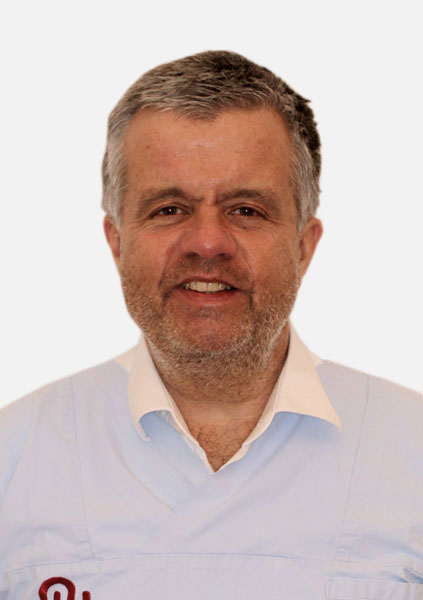 Born and raised in Vienna. Studied Medicine at the general university of Vienna from 1979- 1985. Did his specialization at the department of maxillofacial surgery at the AKH Wien (general hospital) from 1986-1994. Studied dentistry at the Bernhard-Gottlieb dental University from 1991-93. After finishing his specialization as a surgeon, he worked 20 years at the department of maxillofacial surgery of the SMZ-Ost (hospital) as a specialist from 1994-2014.

In 1994 he and his wife founded their dental practice in the first district of Vienna where they still work together with a focus on oral and maxillofacial surgery with their dual qualification in medicine and dentistry. In cooperation with Neoss he worked on and developed the Neogen Cape membrane since more than 6 years now.